The aging of the European population is a long-term challenge that will greatly impact health systems and the economy of the respective countries. While decreasing cognitive performance in older age is a particular concern, a key question is: Will the “new old” continue to be mentally healthier than their predecessors? If cognitive impairment could be postponed at a higher speed than increases in life expectancy, older individuals might be able to be productive for a longer time and require fewer care resources in the future than is the case today.

The good news is that cognitive performance in old age has indeed increased in most of the 10 European countries that have participated in the longitudinal study SHARE (Survey of Health, Ageing and Retirement in Europe). This better performance of later-born cohorts at various cognitive measures is also known as the Flynn effect. Yet recent evidence documented in the new publication “Trends and determinants of the Flynn effect in cognitive functioning among older individuals in 10 European countries” by Philipp Hessel, Jonas M. Kinge, Vegard Skirbekk and Ursula M. Staudinger suggests that some countries are approaching the limits of cognitive plasticity. “We have found that the countries that initially displayed better cognitive performance – such as Denmark, Germany and Sweden – have shown less improvement or even stability across 10 years, whereas the countries that started out lower continued to show improvements,” says Staudinger. 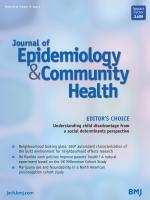 Increases in secondary education, reductions in cardiovascular diseases, labor market participation as well as physical activity are recognized factors that have contributed to a better cognitive performance of older people across the years. Therefore, a reason why improvements in cognitive performance are more obvious in countries that initially had lower scores (i.e. France, Italy, Spain) may be that they have witnessed considerable advancements in their educational systems, particularly leading to fewer individuals with only primary education during the last ten years.

In contrast, the reason for a stalling in higher performing countries may be threefold: First, it could be that there are biologically set limits to cognitive plasticity. Second, possibly the change in high performing countries has slowed down, but may be observable over longer periods than 10 years. Finally, it may be that societal structures addressing midlife and beyond have not yet been optimized to provide for rich physical, social and intellectual stimulation as is the case for younger individuals. “This is why we need more systematic development and implementation of lifelong-learning regimes across all levels of education,” demands Staudinger. “Moreover, we still have a long way to go in terms of optimizing work settings as well as volunteering activities to promote cognitive fitness well into old age.”

13 May
Spring Meeting, Board of Trustees, Federal Institute for Population Research